Rise of Petrochem CEO Yogesh Mehta: From a monthly salary of Dh2,000 to owning a billion dollar firm in Dubai

Dubai: From a salary of Dh2, 000 a month to owning a billion-dollar company, the rise of Yogesh Mehta, 61, CEO of Petrochem Middle East – the largest chemical distributor in the Middle East – has been phenomenal. Mehta, who came to UAE in 1990, runs this family-owned business along with his son Rohan, 32, and a team of dedicated professionals. 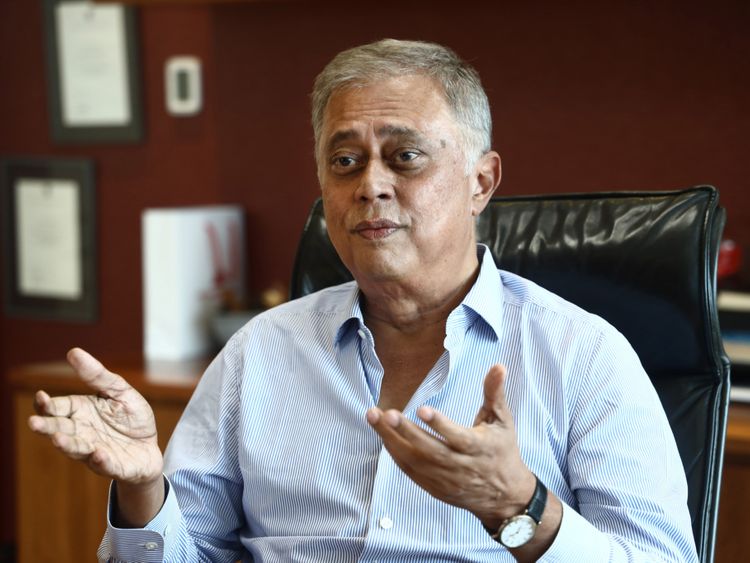 When it all started
Bitten by the entrepreneur bug right from a young age, Mehta started his first business when he was 19 years old. “I ventured into some trading business. Some of it worked some did not.”

Yogesh Mehta got married to Falguni when he was 24.

“By the time I was 28, I had lost all my money. My business had collapsed. I was educated but nothing was going right in my career. So, with practically no money in my pocket, I set foot in Dubai on March 15, 1990.

“When I landed here, I was pretty much down and out. I thought I was done with life. Although I was married with a son who was almost a year old, I felt I had reached the end of my career. I needed a boost, another opportunity to start life anew. So I thought I must give it a shot at trying a job in Dubai,” said Mehta. 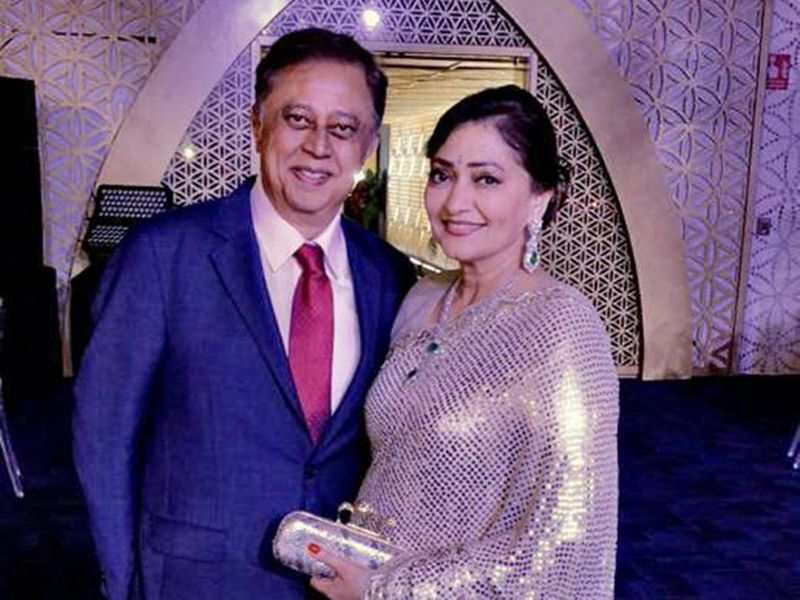 And Dubai did provide him with the opportunity.

Dubai – the land of opportunity
Back in the early 90s, Dubai was not as developed as it is today. “But there was promise in the air. The positive vibes were unmistakable.”

“When I was contemplating a career change in my life, many people said that Dubai is a land of opportunity. I came to try my luck here, but I did not know the massive growth potential that was waiting for me.”

“Back in the days, we had two-lane highways. Everyone knew everyone,” he said.

Mehta started work almost immediately after landing in Dubai. He worked as a partner for a small business dealing with chemicals – similar to what Petrochem is doing today. As the business grew, he separated from his old partner in 1994 and formed Petrochem with a British expatriate living in Dubai.

“My dream was to be a business magnate. I wanted to be rich.”

“Last year, the turnover was $1.5 billion. We are the largest chemical distribution company here in the Middle East and are ranked number 12 in the world,” said Mehta.

Petrochem has businesses worldwide including in London where Mehta owns a large home. Other branches are in Singapore, Taiwan, China, India, Egypt, London and Amsterdam. The company is headquartered in Dubai. The company has a staff of 230 worldwide of which 145 are working in the UAE.

Making it big in the UAE
“Petrochem grew big because back in the days it was easier to get agencies to distribute chemicals. We wanted to create state-of-the-art distribution terminals, so we formed a team of professionals. We hired the best chemical engineers. They made it happen for Petrochem. It was great teamwork, end of the day,” said Mehta.

“One of the biggest challenges we faced was the 2007 economic crisis. That was one of the worst times we faced. From the height of the boom we enjoyed in 2001. The stock market crashed, then gold. We almost felt that the world was coming off. But, as professionals, it was not the time to give up. We knew a downturn had struck, but we also knew it was the time for some innovation.”

Mehta said he and his team went down to the drawing board once again. “We sat down as a team and listed things we could do and not do. One critical outcome of the brainstorming was the decision not to change our line of business, but we decided to change the way we did our business. Our strategies were revamped,” Mehta said. 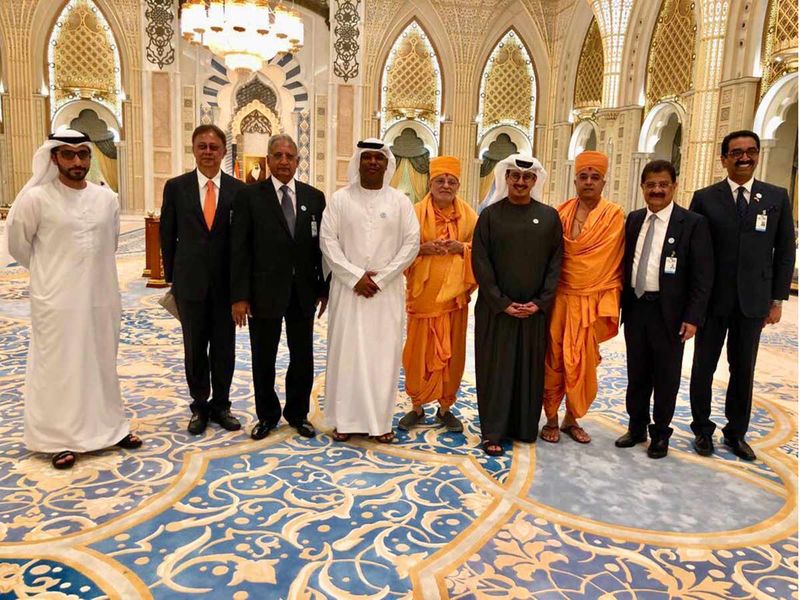 The pandemic: the ups and downs
Mehta said that after Lehman Brothers’ collapse and the subsequent economic recession faced by the world, the next big blow to the economy has been the recent pandemic.

“It has been a severe blow. In 2020 when the pandemic struck, it was sad seeing lives lost. Work came to a halt. Lockdowns and closures added to the woes. Luckily for us, we are in the chemical industry business. For example, we have products that are used in sanitisers. Demand for our products has grown because sanitisers are in huge demand now.”

Running a successful family-owned business
Mehta said that as the Petrochem business grew in 2018, his erstwhile British partner offered to sell his share of the business. “David came up to me one day and said it is better to run the company as a family-owned one since my son was already in the business. So we parted as good friends.”

“In 2018, he left, and my son acquired the shares in the company. Today, we own this company jointly.”

Taking a risk at 29
Mehta was 29 when he landed in the UAE. “I had nothing to lose as I had already lost everything. I had a wife and son to look after. I knew I had to take the chance. I set foot in Dubai hoping my life would improve. Little did I know it would change 180 degrees for the better,” Mehta said.

Once in Dubai, he did a whole lot of research on the chemical industry business here.

“I studied about various chemicals – like which ones get imported into the UAE and which were exported from here. I made a business file to show the potential investors. I strongly felt it was important at that time to have a business case and know really what made sense to bring to the UAE market.”

Days of struggle
Mehta said the first six months of his arrival into the UAE was a period of struggle. He came on a salary of Dh2,000. He had a wife and son to take care of. Thanks to his hard work, Mehta was given a raise of Dh2,000 by his former boss. His total salary stood at Dh4,000.

“My wife was a Montessori-trained teacher and so I asked her to go and find a job. I told her that I would look after my son while she works at the school. We had to have a good, steady income flowing as there were expenses to pay like rent, food and other day-to-day expenses.”

“I had a burning desire to grow. There was blood in my eyes,” he said.

“David Lubbock was my business partner at Petrochem. Together we started the company. We parted as friends and today he is like a brother to me.”

The duo shared great chemistry when it came to propelling their business to great success.

“David took care of the European part of the business I did the rest of the world. Together, we created value. We did some good business, secured good agencies, pushed Petrotech to be the best company it is today. In 2018, he felt it was fair that he sells his share of the business. His children were not keen to take over the business. My son Rohan was already active so he said it was time to make it a family-owned business. He is such a good man.”

Education, family
Yogesh Mehta is a graduate in chemistry. 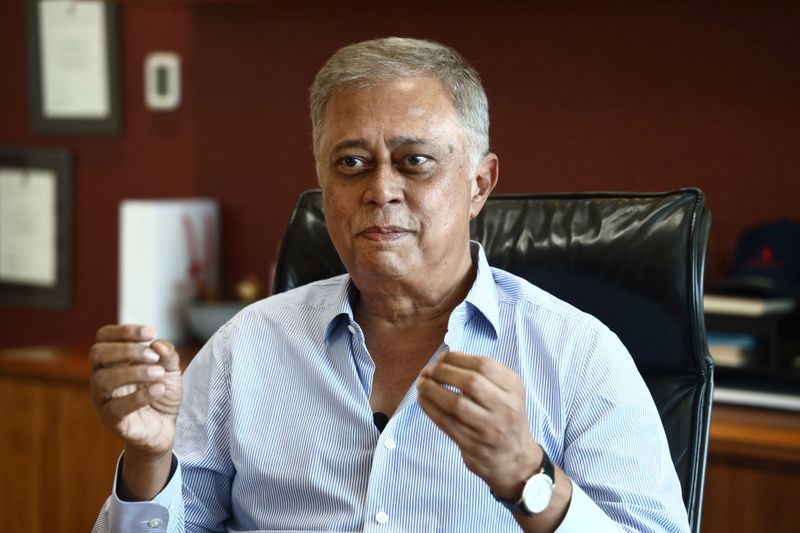 “My father was a Gujarati Brahmin and my mother a Sindhi. They met in 1954 fell in love with each other. It was a huge thing in those days. They got married in 1956 and my older sister arrived in 1957. I came two years later in 1959,” said Mehta who was born and brought up in Mumbai (formerly called Bombay).

He said his father was a businessman of sorts, dealing in chemicals. He had a Ph.D. in polymer chemistry. “I am in the same line of business,” Mehta said.

Yogesh Mehta said he could not have reached this far without the love and support of his wife Falguni, 61.

“She has been my source of strength. We share a long history. We fell in love when we were 15. We got married when we were 24 and till today bank on each other for support. She completes me.”

Yogesh’s son Rohan is married to Roshni, a British national. The family spends their summers in London every year. 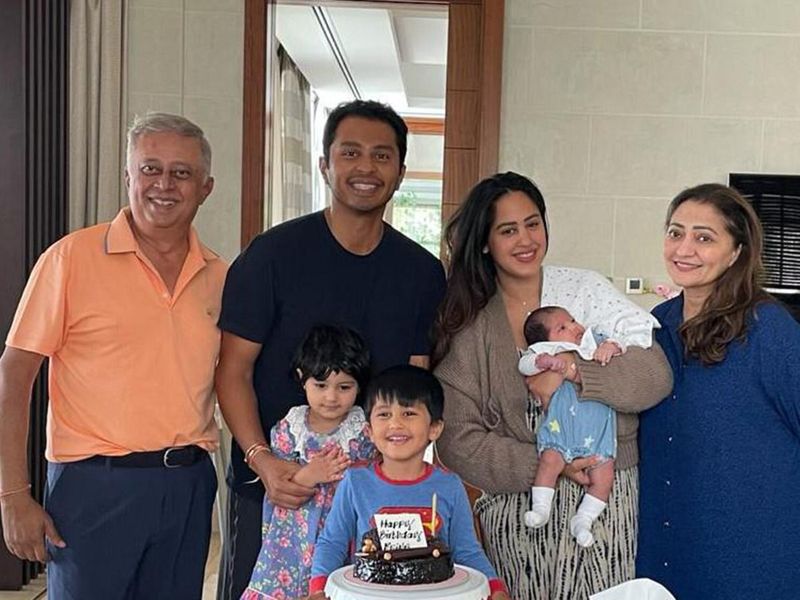 About Rohan Mehta
“Rohan is a very talented young man. He is a doting husband and father of three children. I call him a good guy,” said Mehta with much pride for his son.

Rohan graduated from Northeastern University in Boston, USA in 2011. He worked in Texas for two years before joining Petrochem.

“I asked my son to join me in the business and he happily agreed.”

There was no second thoughts, Rohan says.

“Being brought up in Dubai for over three decades, the UAE is certainly home now. I was raised in a humble environment. I was just like any other kid growing up in the desert, playing football in the sand. Our family weekends were spent picnicking in parks in Hatta and Al-Ain,” he said.

After graduating, he had the opportunity to work at a large multi-national company producing petrochemicals.

“I was excited and packed my bags for my new adventure in Dallas, Texas. After an incredible amount of learning and experience, I decided to head home to Dubai and join Petrochem.”

“It wasn’t an easy journey to start with. I faced challenges despite being in the family business. It was not an easy ride for me at all,” he said.

“I jumped on the horse and learned how to ride it. There was a lot of learning I did on my own but there was also a lot I learned from the invaluable talent around me. My father has been a great source of strength and inspiration to me,” he says.

“I feel I am extremely lucky to be surrounded by such mentors and experts here at Petrochem, the learning never ends and is a daily process. As a father myself, I look at running this company in the future and further building on this legacy to make my mark not only in this company but also in this region. The best is yet to come,” Rohan concluded.